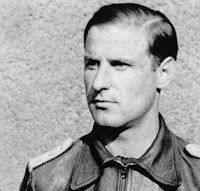 'Red 8' was a Bf 109G-6 flown by Oblt. Kurt Gabler, III./JG300, in July 1944. From photographs this aircraft appears to have been sanded back from its original RLM74/75/76 finish, reportedly in an effort to increase its speed for intercepting RAF Mosquitos. Traces of paint are visible on the wing root and base of the elevators, and the swastika has clearly been sanded down, leaving only a faint trace. Note that the gun troughs and various access panels appear darker than the rest of the aircraft because they are composed of darker metals (e.g., the gun troughs were iron). This same effect is seen in photographs of a sanded down Bf109G belonging to the National Air and Space Museum (NASM), adding support to the claim that "Red 8" was natural metal rather than light grey. 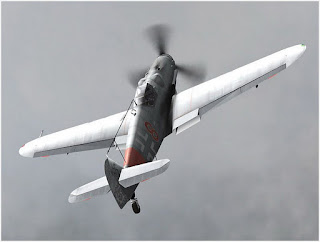 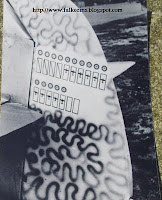 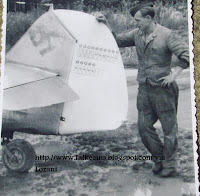